Levoit is one of the largest air purifier manufacturers on the market today, with their devices adorning millions of homes. As Levoit has a wide range of air purifiers on offer, from minimal one-button purifiers to smart app-controlled air purifiers, users may often encounter problems or issues when using Levoit air purifiers.

Still, Levoit air purifiers are very easy to use and maintain, but there is always something to miss, so I have written this simple how-to and troubleshooting guide, which I believe can be helpful if you own a Levoit air purifier.

Levoit air purifiers generally come with a 1-year warranty, which can be extended to 2 years by registering the device on the official website. Not every malfunction is a malfunction; the warranty does not cover every unusual situation that happens to you. I will cover some of the problems in this article, so keep reading.

How Do I Set Up My Levoit Air Purifier?

Suppose you have purchased one of the Levoit smart devices. In that case, I recommend that you download the VeSync app on your smart device and connect your Levoit to the app immediately after setup. This will give you many additional options and make it easier to use your air purifier.

How to Connect the Levoit Air Purifier to a Smart App?

Connecting your Levoit to the VeSync app is a very smooth process that does not require advanced techniques. You can easily check this by visiting the Android or iOS store and checking the app’s rating, which is rated much better than some apps from some other air purifier manufacturers.

If you cannot connect the VeSync app and the Levoit device, I suggest you start by checking that your internet modem is supported and works at 2.4GHz. If it works on 5GHz, switch it to 2.4GHz and connect it again.

In addition, try to keep the devices as close to the modem as possible, especially if you are using a 5GHz modem, which has a much lower range by default. If none of this works, try using a hotspot from another smart device as a modem to connect the VeSync app and the Levoit device.

What if You Smell a Bad Smell From the Filter?

A few users I’ve communicated with here on the AirPurifierFirst website have complained of unpleasant odors from the filter after unpacking it. Personally, I have not experienced this problem with the Levoit air purifier, but I have with some others.

The thing is that the filters have just left the factory, have not been ventilated, and are immediately packed, so the unpleasant smell remains in them. The recommendation and solution to this problem is to leave the unit running for at least 24 hours in a place where you are not around, ventilating the filter and making it fresh.

If this method does not work, leave it for another 24 hours, and if it still fails, I suggest you request a replacement filter directly from Levoit.

How Long Can I Keep My Levoit Running?

This is a question that bothers many users. The logic is this, Levoit air purifiers mostly use True HEPA filters, which trap particles but don’t kill them. This means that if the room where the air purifier is located is exposed to certain air pollutants, the air will start to deteriorate as soon as you switch off the air purifier. Therefore, I recommend using the air purifier 24/7 or turning it off periodically if you think the air is clean enough.

Running it all time is best with modern models from Levoit, which have an integrated VeSync app, auto mode, air quality indicator, and many other advanced options.

As for the durability of the air purifier itself, it will last for years, and you don’t have to worry about running it all day.

How Long Does a Levoit Air Filter Last?

The filters on Levoit air purifiers are not washable and need to be replaced from time to time. Small and medium-sized Levoit filters last on average about 6 months, but for some larger models, the filters can last up to 8 months.

How Do I Change the Filter on My Levoit Air Purifier?

As I mentioned before, Levoit does not use washable filters, which means that the filters on these machines need to be changed from time to time.

Fortunately, the filter reset indicator will let you know when it’s time to change the filter.

The replacement process is straightforward and consists mainly of a few simple steps, and is very similar to all Levoit air purifiers.

I would advise everyone not to rely entirely on the filter reset indicator and check the filters from time to time if they are dirtier than they should be and should be replaced before the recommended time.

How Do I Clean the Pre-filter on My Levoit Air Purifier?

Levoit air purifiers are mostly round with 3-in-1 filters, so the pre-filter is most often attached to the HEPA filter. It is mainly a nylon mesh filter that needs to be maintained regularly.

The pre-filter is best vacuumed or cleaned with a dry cloth at least once a month, more if necessary. If you want to learn more about maintaining pre-filters, I have recently written a decent article about pre-filters and how to clean them.

On some other models, the pre-filter is removable, which makes cleaning and maintenance easier. In fact, this is very important for maintenance. This way, you will maintain the devices’ high efficiency and prolong the life of the HEPA filters.

How to Reset the Levoit Air Purifier Red Light?

I think this is the most common question and problem. Many people wonder how to fix the red light, but there is nothing to fix here, as a red light on Levoit air purifiers means that it is time to replace the filter. And all you have to do is reset this light after changing filters.

To reset the red light (filter reset indicator), you need to keep your finger on the filter reset indicator button for a few seconds, mostly 3s or 5s. If this doesn’t help, I would advise you to try resetting the indicator in the same way, but when the device is switched off with a power cord plugged into the wall. I say this because some Levoit air purifiers require the indicators to be reset when the device is switched off.

In addition, some of the more modern Levoit air purifiers offer and even require this indicator to be reset via a smart app.

The biggest problem you may encounter is of a technical nature, such as, in this case, a situation where the fan is not working.

Unfortunately, suppose you have correctly connected the device to the power supply and checked the adapter (some Levoit air purifiers have it). In that case, I don’t think there is a solution to this problem other than to contact Levoit support directly and claim the warranty.

If this problem occurs, I suggest that you do not disassemble the unit or try to fix anything yourself, as this could invalidate your warranty.

I have the same advice if the Levoit air purifier does not work if neither the LEDs nor any of the buttons on the device work.

Although I have answered almost all the problems users encounter with Levoit air purifiers, you can always discover some less specific faults. However, to keep your air purifier to work without issues and offer high-quality air in return, it is always best to do regular maintenance. I wrote about air purifier maintenance tips and guides not long ago, so make sure you check that too.

In any case, my recommendation is that if you encounter something that I have not detailed in this tutorial, please contact Levoit directly via their website, email address, or mobile phone. You can also get them via Facebook, where they are also very up-to-date and reply to messages very quickly.

In addition, you can leave a comment in the comment box below with any question or problem you may have encountered when using a Levoit air purifier. I also recommend reading all the detailed reviews posted on the Air Purifier First website or our YouTube channel. 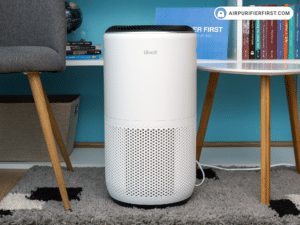 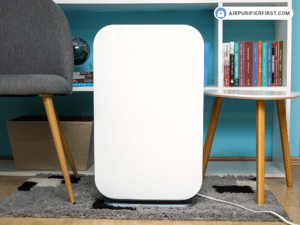