On one side, we have proven LV-H132, and on the other side, it is newer and modern air purifier Vista 200. Check out this Levoit LV-H132 Vs. Levoit Vista 200 comparison and decide which better fits in your room.

Below is a complete list of important specifications and features included on the Levoit LV-H132 and Vista 200 Air Purifiers:

What Features They Have?

Vista 200 has a timer, while LV-H132 does not have this feature. This feature is a distinct disadvantage for LV-H132. The timer is handy if you want an air purifier to auto shutdown. You simply set the timer for a work and air purifier will work for the desired hour. Usually, timers have 2, 4 and 8 hours settings.

Vista 200 features sleep mode while LV-H132 is silent enough to have a good night’s sleep at the lowest speed. But LV-H132 emits blue light, which is proven to have an adverse impact on sleep and circadian rhythm. Vista 200 has a pleasant yellow light, which is a better choice for the bedroom.

Since the design of both air purifiers is identical, the filter replacement process is also the same. Open the bottom cover and take the old filter out. Clean the filter chambers with a vacuum cleaner or dry cloth and put the new filter in. Close the filter chambers, and that’s it.

Levoit Vista 200 uses a weaker motor, but the noise level at all speeds is almost the same as in LV-H132. However, at the first speed, Vista 200 has worse results. The third speed or so-called highest speed is a problem on many air purifiers, many of them produce weird loud noises that many people don’t like.

Vista 200, as already mentioned, has a sleep mode, which makes a huge difference in noise production. Below you can see the table and compare noise levels of both air purifiers.

In a bigger room (194 sq. Ft.), results are similar. In the table below, you can see all the results in more detail.

It is not an easy job to say which one is the winner. Many customers have that problem when reading air purifier reviews. On one side, we have Vista 200, which is a modern new device with extra features. Vista 200 also uses less power.

On the other side, we have LV-H132 with a better performance, which we proved in our test.

If you need a modern device with extra features, then you choose Vista 200. But if you need an air purifier that will clear the air as fast as possible, then LV-H132 is the winner. 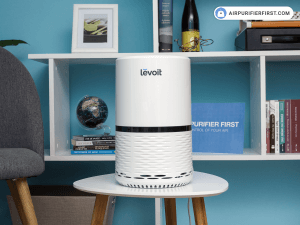 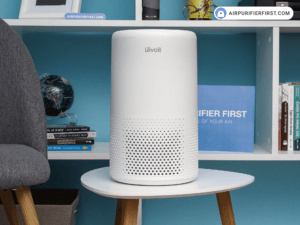